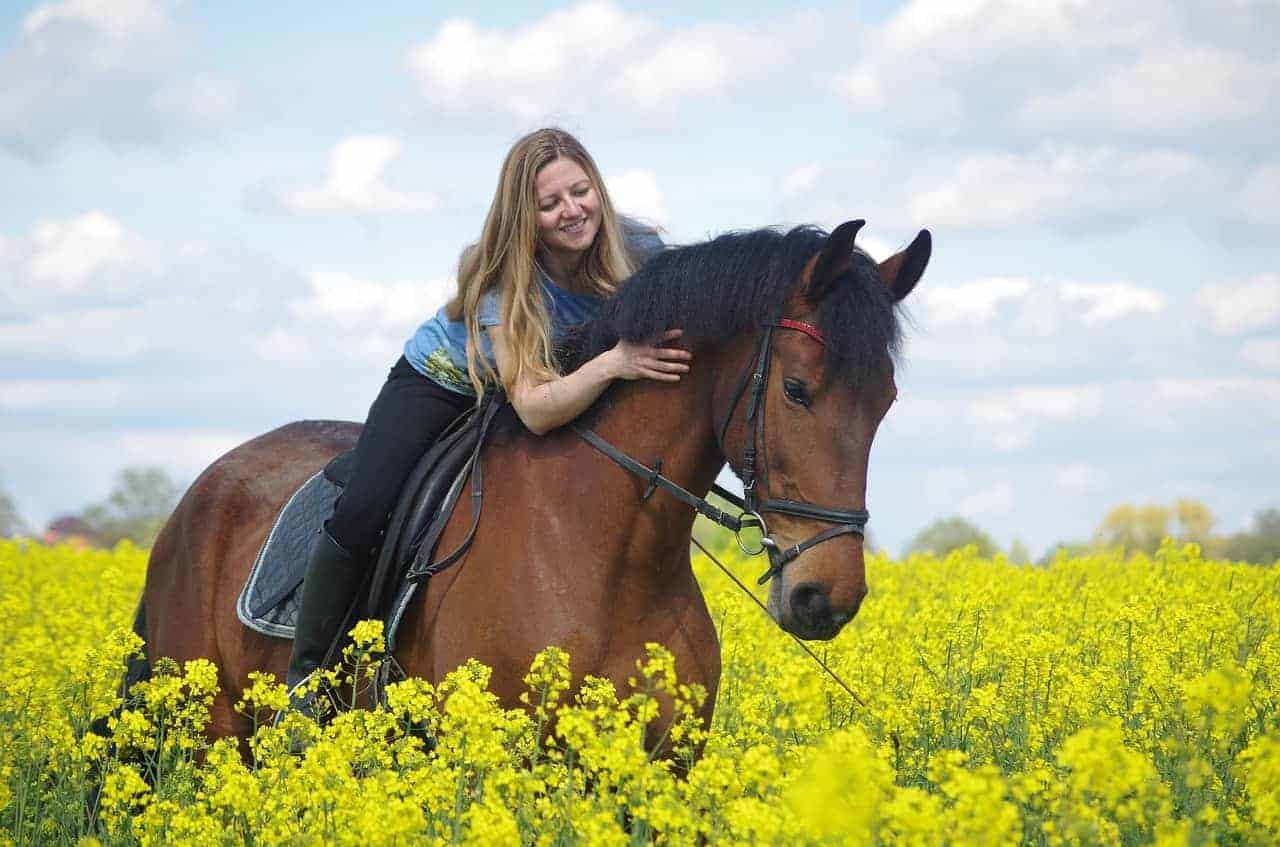 An Intriguing Lesson in History: Why Did Women Ride Side Saddle?

Most everyone has seen old pictures where women rode side-saddle on their horses. Although this practice is considered outdated now, many horse enthusiasts still question the practice and wonder why it seemed to be mandatory many years ago.

What Does Riding Side-Saddle Mean?

Riding side-saddle requires a special saddle that allows a woman to sit to the side of the horse rather than astride the horse. Years ago, women only wore dresses, and it was unladylike for her to straddle a horse, possibly exposing her undergarments to others.

Many people are surprised to learn riding side-saddle has retained its popularity as a specialty niche. There are now even dress side-saddle competitions.

The practice truly caught on in Europe because women wore heavy and extravagant gowns. It was not considered appropriate for women to gather up their skirts and ride a horse like a man.

Because of their extravagant gowns, it was also nearly impossible for many women to sit astride a horse without damaging their fine dresses. Most women did not want to dress in older dresses and certainly would not wear pants when riding horses, so side-saddle allowed them to ride while remaining modest.

The first side saddle was created by Anne of Bohemia and was much like a chair with a small footrest. The woman would sit in the chair-like saddle and place her feet on the small footrest. Unfortunately, this made it highly difficult for her to be able to control the horse appropriately or even stay on the saddle during a ride.

Finally, in the 16th century, a saddle was developed that was more practical for women riders to use. Catherine de' Medici designed this saddle so women riders could face forward. She would loop her right leg over the pommel and an added horn helped secure her left leg.

Some Women Rebelled Against Side-Saddle

It is important to note that not all women complied with the standards of the day, and even some famous ladies in history were inclined to ride horses just as their male counterparts did.

One of the most famous to side-step the side-saddle rule was Marie Antoinette. She even went as far as to have her portrait commissioned while riding astride a horse and wearing the uniform of a male soldier. Catherine de' Medici also preferred to ride side-saddle, as well as many other females during this time.

Although some say riding side-saddle is antiquated, this style of riding has been reborn over the last decade. One might ask, “Why now?”.

Experts agree many women are intrigued by this style of riding and find it romantic and even glamorous. There has been a rising fascination with the history of side-saddle. There have even been all-female races and other competitions where women ride side-saddle throughout the entire event.

Today, modern saddle companies are producing sidesaddles again. These saddles are much more comfortable and effective than their antiquated counterparts.

As television shows like Downtown Abbey remain popular among female audiences, it is likely there will be a continued interest in this old-world style of horse riding. Learning to ride side-saddle is not very difficult, but it does take practice, especially if a woman has been trained to ride astride.

Side-saddle riding styles are coming back in a big way. Perhaps, women simply want to be ushered back to a time when men were gentlemen and women were modest. No matter the reason for the interest, it is clear to see we are seeing a revival of this classic riding style for women.

If you are a female who has never considered riding side-saddle, now is a perfect time to try it out. It simply takes the right sidesaddle and some practice to make it work. It also requires a little training for the horse, because it feels different for them when a woman does not ride astride.

Although side-saddle riding once seemed like it was gone for good, recent years have proven just about anything can come back in style. Now, you understand the answer to why did women ride side-saddle.